KaNcube and his new wife are now officially off the market after they solemnized their union over the weekend in Ethiopia.

Taking to Instagram, Sello Maake KaNcube hinted a day before the big day that he and his wife are leaving the country to ‘seal deals together’. He wrote;

“Goodbye South Africa! Small short left… ♥️ @pearlmphombewe  we seal deals together but this time we sealed ourselves to one another! May God bless this union! This love feels so right and we doing this against all ODDS!”

You may also like to read: Mohale Motaung biography, age, profile, partner &#038; parents The couple’s romance made waves after it emerged that Sello Maake KaNcube is 29 years older than Pearl. They even tried to keep things on the low but to no avail.

However, ever since their relationship became public knowledge, Sello has been gushing over Pearl nonstop and he has also since introduced her to his children. The couple recently got engaged in August.

“She said yes! Meet my wife @Solopearl. I made her the one and I never longed to find anyone anymore…I had made peace with being single but now I know and ready to tell my story. Being happy is the way and she holds her own… @Solopearl I love you…” he wrote on Twitter.

You may also like to read: SA celebrities you didn’t know are Pastors or Preachers in real life 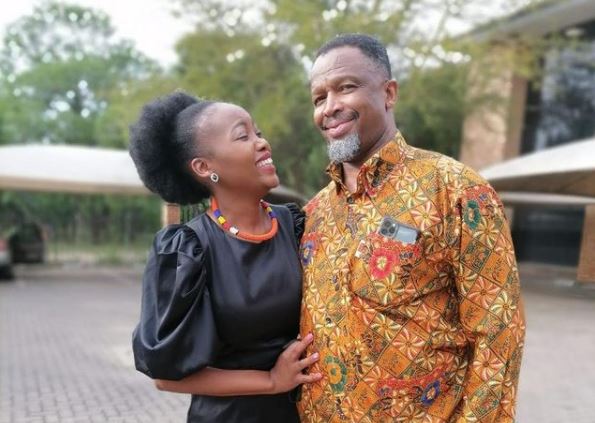