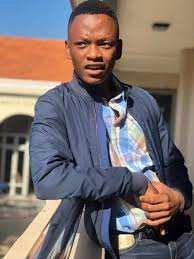 Musa Mseleku’s Son Mpumelelo Shows Off His Two Woman. Mpumelelo Mseleku is following his father’s footsteps and made his intentions clear that he wants to marry two women.

The youngster trended when he spent some quality time with his two women, Vuyokazi Nciweni and Nompumelelo Makhanya.

His father Musa Mseleku is a wealthy entrepreneur, reality TV star, and polygamist who is married to four women and has girlfriends.

Daily Sun reported that preparations are already underway to welcome both Vuyokazi Nciweni and Nompumelelo Makhanya into the Mseleku family.

“I’ve been dating these two ladies for the past two years and now I am preparing to marry them.”

I’ve met their families and I’ve also introduced them to the Mselekus. They are effectively my fiancees.”

He also revealed that he is planning to marry his two girlfriends with his inheritance and he’s saving as much as he can.

“For now I don’t have enough money except my inheritance which I’ll use towards lobola.”

“My mother, MaYeni, is not aware of these discussions,” said Mpumelelo.

Mpumelelo has stated that he has a girlfriend and baby mama who know each other in the last episode of uThando Nes’thembu. Also in a tweet he made earlier today, justifies the claim.

That what he is doing is not cheating but simply following his father’s footsteps as his relationship with both women is solely built on trust and transparency.

“I’ve been dating them since 2019 and I introduced them to each other.”

“The baby mama lives in Cape Town and my other girlfriend lives in Durban.”

The footballer also reveals that there are no fights between them because he’s honest with both women in his life.