Katlego Danke (born 7 November 1978 in North West, South Africa) is an award-winning actress, TV presenter, and radio Disk Jockey. The actress gained popularity for appearing on the popular television series Generations. She was cast as Dineo on the South African soap opera.

The actress who is of Tswana descent is also popular with television viewers for appearing on Isidingo. In the South African soap opera which premiered on SABC 3, she played the role of Kgothalo.

She has been active in the entertainment industry since 2002, boasting almost two decades of experience. She has managed to remain relevant in the competitive industry and thereby making a name for herself. She was born in the North West, South Africa. Katlego spent her days as a child in Mafikeng, Potchefstroom, Mabopane, and Ga-Rankuwa. Katlego’s date of birth is on 7 November 1978.

Merge beauty with brains then you get a personality like hers. She is a graduate and studied for a certification from a University in the country.

Katlego studied for a BA degree in Theatre and Performance at the University of Cape Town (UCT). She graduated from the higher institution in 2003.

She holds a diploma in Management Studies from Wits Business School. She completed the studies in 2010.

Zalebs reported that the actress was dating Andile Ncube, a successful media personality in South Africa. Unfortunately, their relationship did not work out. Ever since she has successfully kept her love life out of the public eye.

Viewers of the show, Generations saw the actress in an episode of the show getting married to Phenyo. Viewers might wonder if Katlego Danke is married in real life?

Katlego Danke is a proud mother to a boy, though the actress has been successful with keeping the “lil guy” out of the public eye. She gave birth to her son in October 2014. Her son is 6 years old.

Upon spending time with some of her ex-colleagues in 2015, one of them shared pictures of the fun outing on social media. The picture contained her son, no reports on her baby daddy yet. In one of the pictures, she could be seen holding her Lil guy.

She was into theatre performance before getting into TV. Even though many know her for playing roles in popular television soapies. She is famous for stage performances in several theatre productions including;

In 2002, she was cast on the popular E.tv show Backstage and in 2006, she made it as one of the cast on the soap opera Generations. Her style of acting has gained her recognition after she bagged the Best Actress Award at the annual South African award ceremony SAFTAs.

She was also in commercials for several big brands including Clover, Honda, and Vanish. In 2015, she became the brand ambassador to Philips Avent, an international baby product.

She was voted twice on the “FHM’s 100 sexiest women in the world” appearing on the list in 2006 and 2011. In 2010, she received a nomination for Favourite Actress, YOU spectacular award.

In 2004, she was also nominated Best Screen Villain for Duku-Duku Awards. In 2009, Katlego was nominated for the Best Dressed Actress, South African Film and TV Awards.

In 2016, she landed a recurring role in Isidingo, this role followed after she left the soapie Generations. Before the show was concluded, Danke was announce to appear in the telenovela Gomora and would play a starring role. The show will air on Mzansi Magic, an entertainment channel on DStv. 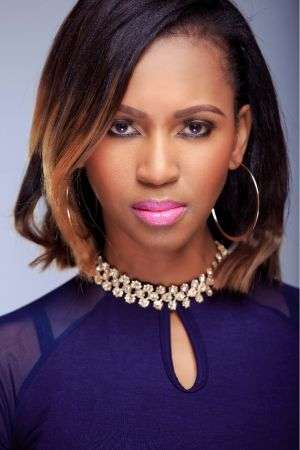