KaMadonsela, Brenda Mhlongo (born 14 August 1980) is a renowned South African dancer, actress, and singer. The mother of three is making name for herself in the entertainment industry with her multi-talents.

She is popular with lovers of the soap opera Generations The Legacy for being cast as Nandi. The character was the wife of Jack Mabaso in the show, she left the popular soapie a few years ago.

She gives credit to her great personality for a successful career in acting. Rumors claimed that she was fired from the show but she came out bold to refute them.

In an interview session with Drum magazine, she shared that her contract was not renewed. Brenda gave the reason to be that her role in the soapie came to an end,

After her exit from the show, she got more time to invest in many other things including her foundation. She had put Brenda Mhlongo Worldwide Foundation on hold after she landed a role on Generations. 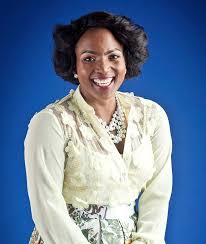 Her date of birth is on 14 August 1980 and her place of birth is in KwaMashu, KwaZulu-Nata. She spent her childhood days and was raised in KwaMashu. Though she did not gain popularity as a child but as a teenager.

At the age of 16, she kicked off her career in acting. The series Generations brought her into the limelight, but she has also appeared in many other shows on TV.

Brenda was cast as Mam Ngwenya on eKasi: Our Stories and Ntswaki Mhlongo in Ihawu. She also appeared as a guest presenter at the SABC Crown Gospel Music Awards.

On Top Billing, she came to the show as a guest, and she also played the role of Zodwa on the Queen. On one of the most-watched series Uzalo, she was cast as Buhle. Brenda also acts in the popular show Imbewu.

She has appeared in stage performances in countries outside the African continent. Brenda has performed in Germany, North America, and Hong Kong.

Her exceptional performances have earned her several awards and recognitions. She has taken home two international awards from notable award sponsors.

For five years, Brenda toured North America while she played the role of Rafiki.

Brenda is married to Edmund Mhlongo, a theatre director. The couple celebrates a happy married life for over two decades. She exchanged her marital vows when she was eighteen.

With his new bride, they celebrated their umembeso at her home in Mandeni in KwaZulu-Natal on Good Friday. These events allegedly happened without Bredan’s knowledge or approval.

She is a proud mother of three children namely; Zama, Snikiwe, and Nethezeko. Brenda shared her motherhood experience stating that it has been tough for her since she had to leave them for a while. Even at that, she has managed to maintain a close relationship with them.

After Fundiswa Zwane’s unexpected exit from Imbewu, the production house announced Brenda Mhlongo to succeed her. She took over the role of KaMadonsela.

She joins Muzi Mthabela, who replaced Tony Kgoroge as the lead, Zimele Bhengu. The show boasts of over three million views daily. 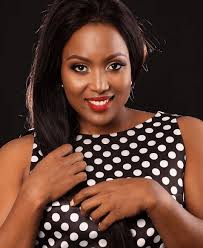